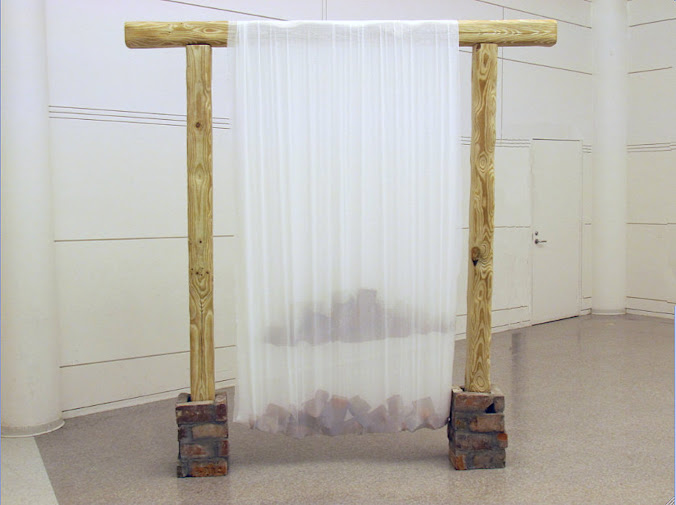 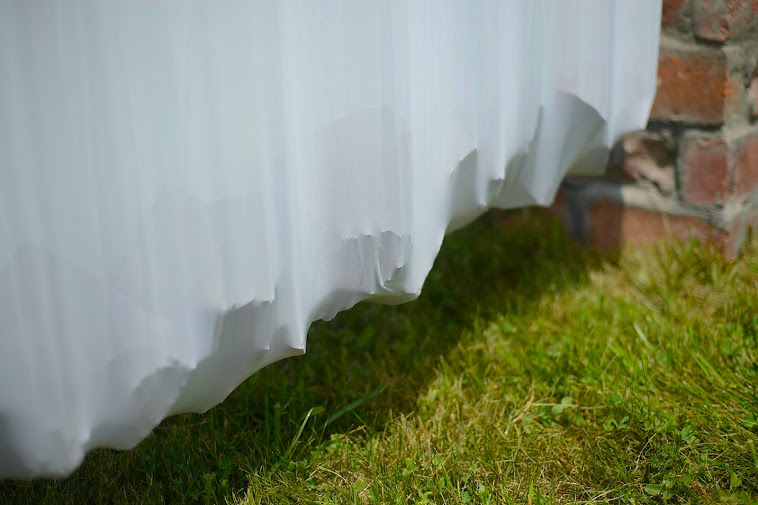 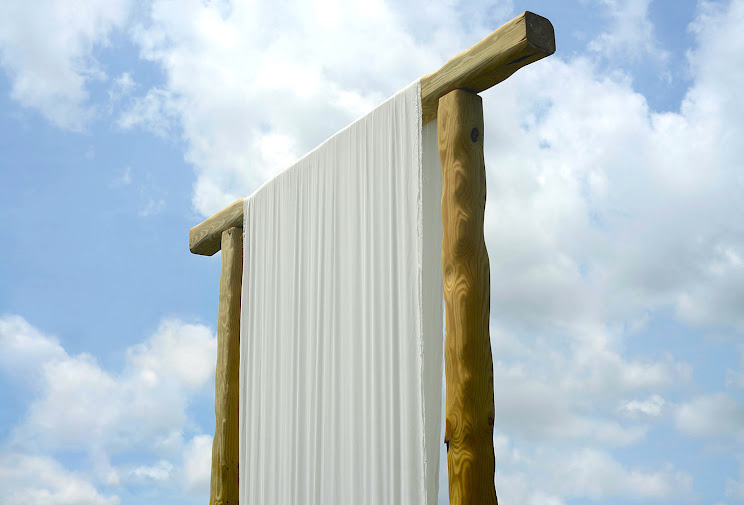 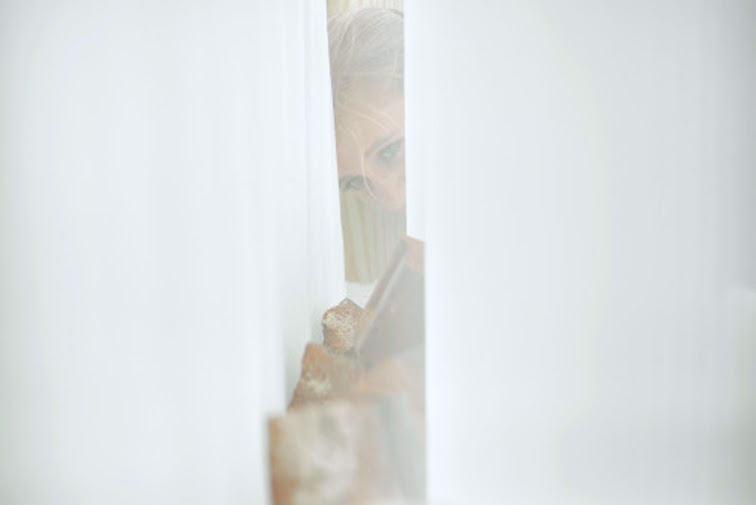 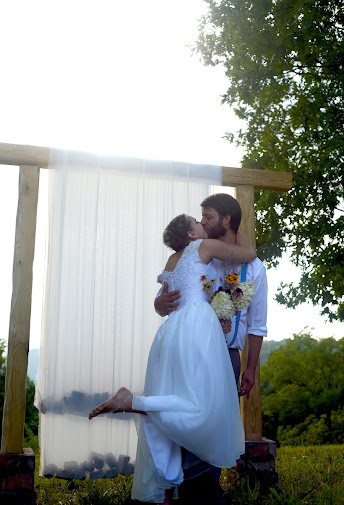 Originally built in 2012 and installed in the Meyer's Gallery (Cinti, OH), the piece was errected a second time in a public space on the University of Cincinnati's campus. Megan installed "Untitled Form (Barrier)" outdoors for the first time when asked to be a part of the permaculture festival, "Pollination Fest," in the summer of 2014.  The festival was held on the property of Treasure Lake in Petersburg, KY.  Several weeks later it was installed again on request to be used as the altar at an outdoor wedding in the Daniel Boone National Forest. 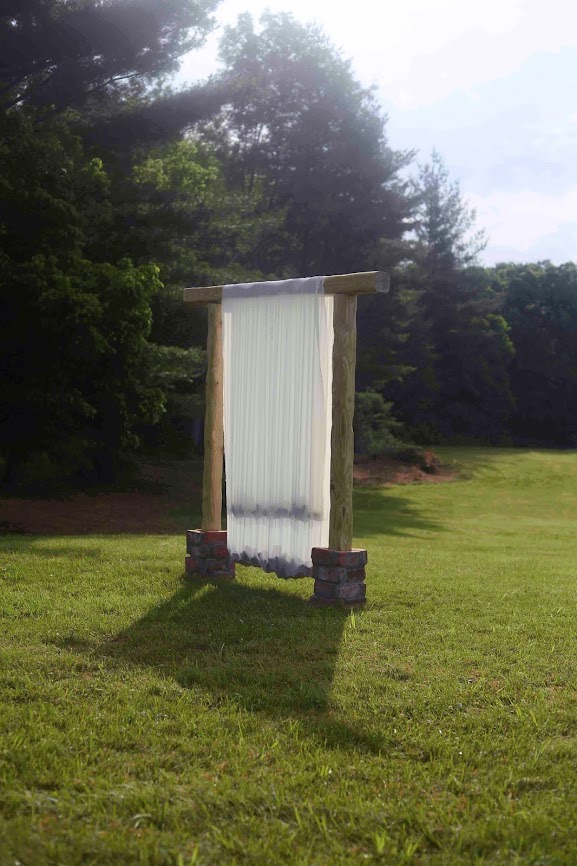